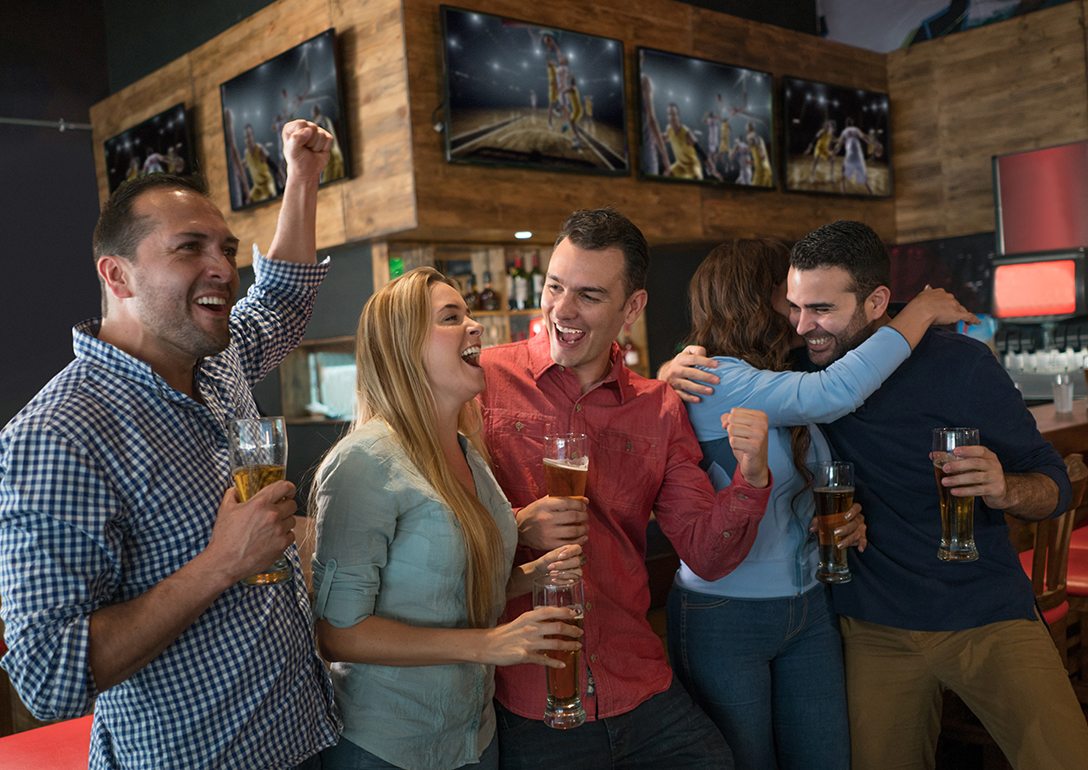 With March Madness underway, it’s time to step your game. All month, spectators will pour into restaurants and bars to watch their favorite teams try and win it all. Leverage these stats to win big on every game day, no matter how well your team performs.

They also reported a 19% increase in pizza orders and a 9% increase in dessert orders by fans after losses, compared to those same numbers when their team wins. Very few things comfort forlorn fans like pizza and dessert, so prepare these two menu items and be ready to serve your fans more food, win or lose.

Did you know that there are 17.5 million barrels of American beer produced each March, compared to 14 million barrels in every other month? Put a local, American beer on tap at your bar to keep thirsty customers satisfied on game day. A drink special featuring a popular beer could be just the thing you need to pack your restaurant with superfans.

The Social Media Event of the Season

There were 56 million Twitter and Facebook impressions generated by 2016 National Championship game – and that number went up 112% from 2015. We can only assume it will climb to new heights on April 3, when Phoenix hosts the 2017 championship game.

Origami Logic tracks the amount of pre-March Madness engagement on top social media sites each year. Last year, here’s how they measured up:

This year, why not post and ‘gram about your game day specials? Tweeting might not be as effective, so focus on the platforms that will have the biggest impact. You can even learn from the greats: BJ’s restaurant & brewhouse has declared this a month of March Sadness, inviting fans to post their disappointments. What a great way to leverage the fact that losing bets boost sales!

As sports fans gather to cheer on their favorite teams, your restaurant can win more guests than ever with the right social media, cocktail specials, and comfort foods. March Madness won’t make you too mad when you look at the numbers your restaurant puts up by courting NCAA basketball fans.