How to Cash In on the Success of Pokemon Go 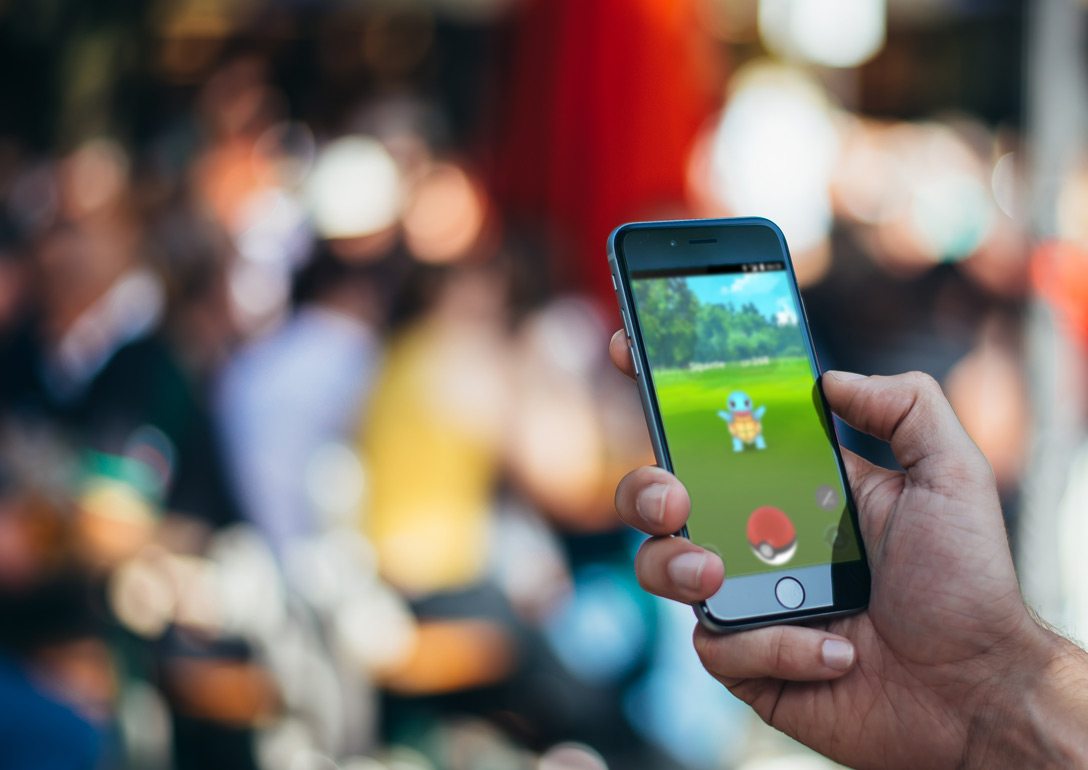 “I’ve lived here for a year and this is the most I’ve explored the city.” – Heard at 11:00 pm on a Monday evening somewhere in the US.

If you’re not already playing Pokemon Go, you’ve certainly heard about it, read about it, or have seen the groups of people aimlessly wandering around your neighborhood, phones in hand. The new phenomenon, recently released by Niantic Labs and The Pokemon Company, draws on the popularity of the late-nineties video game, card game and cartoon to get players up and out of the house. Essentially a digital scavenger hunt, players wander the streets and collect prizes by checking in at virtual Pokestops (visible landmarks on a player’s map which prompt you to check in when you get closer). Once a Pokestop has been engaged, a player moves on to fulfill the ultimate goal of catching them all. There are well over 100+ Pokemon to catch, and the only way to do it is to get out and explore. 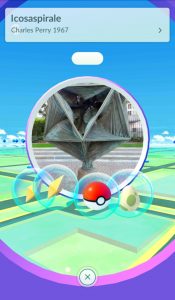 Find a Pokestop Near You

You may be asking, “How can I benefit from this?” First off, you’ll need to download the game by either going to Google Play or the App store. You don’t need to actively play if you don’t want to, but you’ll need to be logged in as a player to get access to the map. Pokestops are landmarks where players can collect free items as long as they’re close enough to check in (Pokestops are the blue diamonds on the map). 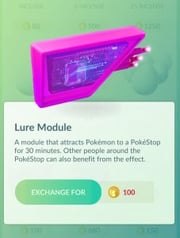 Any player in the game can set a Lure Module on an active Pokestop.

A Lure Module can be found in your items bag (if you can’t find it, grab the nearest teenager and ask them). A Lure Module lasts for 30 minutes and attracts Pokemon in the area. Once a lure is set, any player in that area will see the Pokestop light up in pink/purple and can hang out near the Pokestop to benefit from it.

Set a lure and create a ‘Pokemon Happy Hour’ or ‘Catch-em-All Special.’ If you’re one of the lucky establishments to already be a Pokestop, let your customers know on social media and get into the Pokemon Go spirit. Again, playing isn’t required. You can use an in-app purchase to buy as many Lure Modules as you’d like. $9.99 will net you 13 Lure Modules. That’s 6.5 hours of Luring Pokemon and trainers alike. 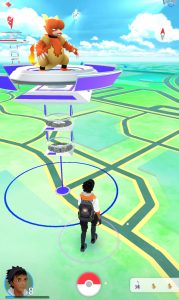 The objective of the gym is to battle other “trainers” and become the champion. If you’re near a gym or your location is a gym, run a contest and give away discounts / free appetizers / lunch / dinner to the gym champion. As a competitor, the longer you hold the gym the better, so create a contest for the trainer that holds it the longest. You have to be near the gym to compete, so the champion and other trainers will be nearby. 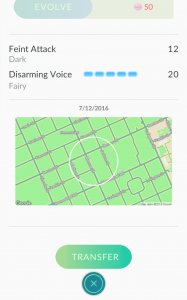 The Rare Ones (Or bring me your Pikachus!)

The objective of the game is to catch as many Pokemon as possible. Location (as well as your level in the game) determines what kind of Pokemon you might see. Water Pokemon, for example, can be found near water; while cities will generally see Pokemon akin to rats, birds, and bats. Some Pokemon are more rare than others and when they appear, everyone rushes to them. The rare ones seem to be random and can pop up just about anywhere. Let your customers know when a rare or specific Pokemon has appeared near your store…the more rare, or more popular, the better. Create a contest for the rarest Pokemon (or a specific Pokemon) caught near your restaurant. Every Pokemon gets geotagged with the exact location where they were caught, so you’ll easily be able to verify it on the customer’s phone.

Pokemon Go is a viral hit and it’s getting people off their couches and exploring the “real” world (although slightly augmented). The age range and demographic of players is incredibly diverse and literally anyone can be a trainer. Why shouldn’t you cash in on the success and help drive traffic to your business?